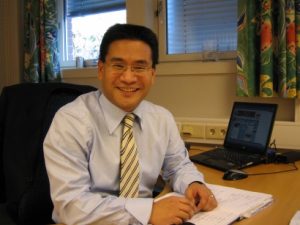 Glenn Hole is a Norwegian citizen who live in the river city of Drammen, approximate 45 km south of Oslo, the capital of Norway. He is a management philosopher with a degree in Doctor of Philosophy in Management (dr.philos), moreover, he has degrees in Master of Business Administration (MBA), Advanced Diploma in Management System (DMS) and a Diplom in Supply Chain Management (Dip. SCM). All his education has been accomplished in addition to ordinary work on the daytime. Through 14 years he has been a part-time student.

Glenn is the founder and CEO   of Procuratio Consulting.

Over the past 15 years he has worked as a management consultant and interim manager in various companies.

All his academic dissertations has been practical and has been from business cases from Norwegian companies:

Originally he is from Indonesia, he was born in the capital of Indonesia Djakarta on 26th February 1977. Shortly after his birth he was left on an orphanage. In august 1977 Dr. Hole was adopted to a Norwegian couple in Aalesund at the age of only 6 months old, a great city on the Norwest coast of Norway.

He is married and has two children and has been living in the eastern part of Norway for the past 20 years. He has a great interest in haute cuisine and culture and he has travelled in all countries in Europe and been in many parts of the USA / Canada, and travelled in Russia, Georgia and some parts of Asia.

The same lesson is transferable to any kind of organisations.  Dr. Hole learned early in his childhood that by binding people, process and technology together one could improve efficiency in the work. In the aforementioned story, he learned to work together towards the same goal and use of technology, in this case a tractor represented the technology, they worked faster than by using a wheel barrow.  This was the start of the business process improvements career of Dr. Hole.

He started his career back in 1995 with his first job as a group manager in the electrical department of a Supermarket. For the last 15 years he has worked with business process improvements and working with binding people, process and technology together to secure competitive advantages for organizations.  The three factors; people, process and technology was also the precursor to the TIPS model. The TIPS model is a way of binding Technology, Intellectual Capital (people), process, and strategy together.

He has experience as chairman and boardmember of several boards of directors and from senior executive positions. He is used to work with institutional and private investors. Most of his work experience has been through management for hire, project positions etc.

He believes that a leader’s six primary tasks are:

A highly educated strategist who excels at identifying and solving problems and has saved public school for more than 120.000 working hours each years

He has significant experience within:

Glenn was in February 2017 named one of the top 100 young leaders in Norway by  Assessit.

Mini interview with Glenn, only in Norwegian. http://assessit.no/glenn-hole/ 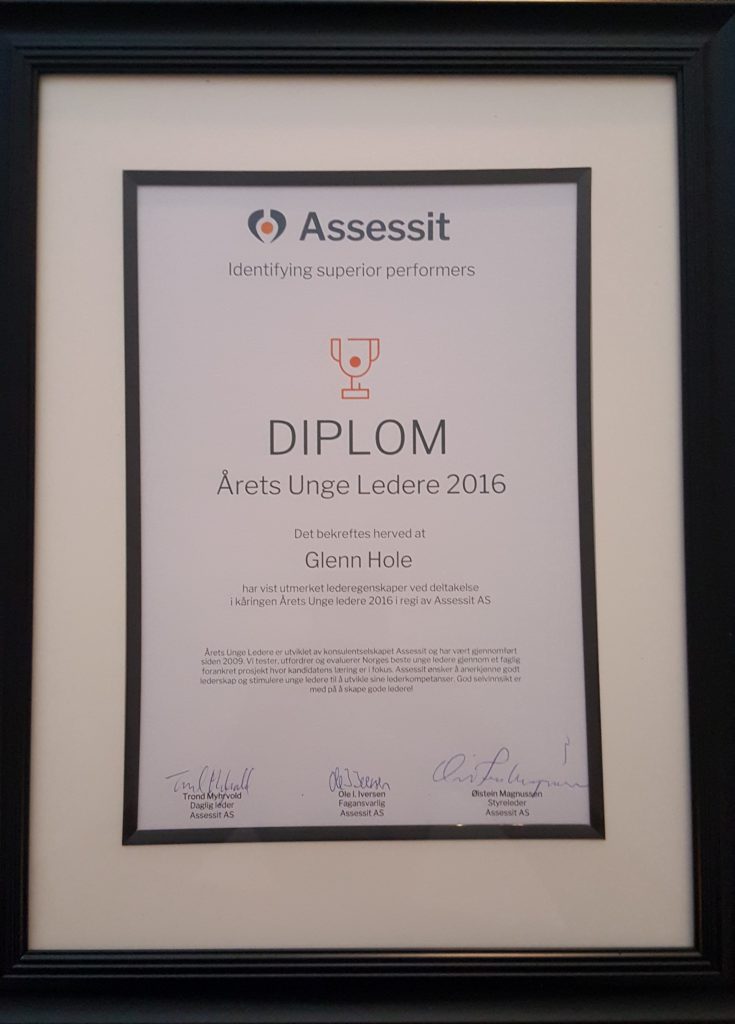